"The most important thing is that we should first be kind, secondly be honest, and finally, never forget each other." – Dostoyevsky, Brothers Karamazov

In the past two days, special self-service stations have been added to the gates of many communities around the country containing neatly packed drinking water, rice, and juices that can supply vitamin C, among other items. What's special is that there is no service staff at the site, just a QR code with large text attached next to it explaining: "Self-service, scan the code".

The Covid-19 epidemic in early 2020 meant people could not travel. The fast-moving city came to a halt but life has to continue, not least the requirement for people to drink water. Water has become one of the necessities for residents coping with the epidemic. However, due to restrictions on transportation and the closure of stores, shopping has become difficult to navigate in these unusual times. Under such circumstances, Nongfu Spring has launched self-service convenience stations. Currently, more than 5,000 stations have been set up throughout the country.

In five days, Nongfu Spring has established more than 5,000 stations, distributed more than 100,000 boxes of goods, and nearly 200,000 orders have been completed. In this time not one box of products has been lost, and no orders have been missed. Instead, people have observed Dostoyevsky’s maxim, leaving masks at the station for people without. Other people, who didn’t know how to scan the QR code, left cash at the station, including an extra 3 yuan for change. Some people paid the money but did not take the goods away, just leaving a message: Already paid for by the staff who carry the goods to the station.

In Hubei, where the epidemic is endemic, Nongfu Spring set up self-service convenience stations in more than 100 communities. On February 16, a heartwarming scene occurred in the Country Garden district in Wuhan, Hubei. A special notice was posted on the no-sale point: "If you are willing to pay, scan the code, and take it if it is convenient." Qianli, an employee of Nongfu Spring, told us that two days later, 63 products were taken away, and the money received was a lot. "In such a difficult time, people are still kind and honest. We did not expect to receive such kindness from our customers.”

The heartwarming scene not only happened in Wuhan. On February 16, an old man at the gate of Hangzhou No.1 ZHEJIANG Community, was unable to use the QR code, so he left cash at the self-service station and left more than 3 yuan. The money was there from morning to evening, demonstrating the honesty of everyone. 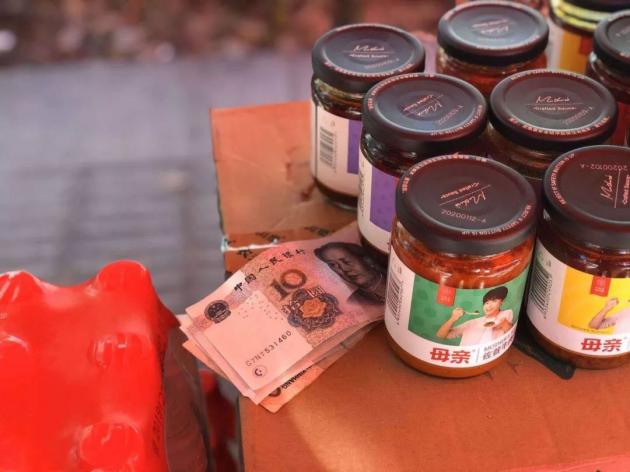 On February 17, at Hangzhou Langjun Community, someone left three masks and a letter at the Nongfu Spring’s self- service station. The letter read: "These masks are for you when you need them. You can use them at any time."

On February 17, a truck stopped at the roadside of Dawen Road, Tianjin, and became a temporary Nongfu Spring’s self- service station. The driver was not present, but everyone scanned the code, paid, and picked up their product in an orderly manner. 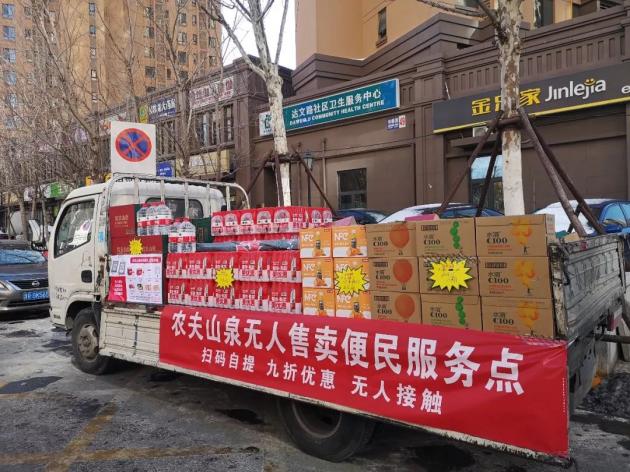 The goodness in people's hearts and the trust between people are rooted in the soul of each person and is not to be doubted. One kind of good deed is stimulating another kind of good deed; One kind of trust is prompting another kind of trust. Today, in a market economy environment, trust is even more important than currency. Only when the seller trusts the buyer will the buyer trust the seller, and only when the enterprise and the consumer are in a trust balance will the social transaction cost be the lowest.  Nongfu Spring’s self- service stations are more like a small experiment accidentally designed to solve a grand economic proposition.

In response, Zhou Li, spokesman of Nongfu Spring, said: "In the long run, we are not short of water, nor are we short of drinks. What we are short of are trust and kindness. At such a special moment, Self-service stations have not just brought consumers peace of mind but also brought them trust. At the height of the epidemic, Nongfu Spring has helped engender consumers’ trust, and customers have returned the favor to Nongfu Spring with kindness.